This past weekend was the first time Jason and I have ever gotten to go up to Cape Cod in the fall (thanks to the NHL lockout which has opened up our schedules quite a bit!).  The weather and the foliage were gorgeous and it was nice and quiet (as opposed to the busy summer!).

We went for walks by the beach, took lots of pictures and I got in a good long run. I don’t really want to write an entire post telling you what I did at the Cape (because let’s face it, that would probably be pretty boring for you to read!), but I do have a few sort of running related things from the weekend that I want to share!

…we parked right on it when we went to dinner in Falmouth!

Hmmm, I think it may be a sign…  The Cape Cod Marathon is actually next weekend, but registration was closed by the time I realized I may be able to do it this year.  It’s one of my bucket list races so hopefully next year!

How is this running related you ask?  I actually first heard of Quarterdeck in Runner’s World!  There was a fantastic interview with Falmouth Road Race founder, beer lover and bartender Tommy Leonard at the Quarterdeck in the August 2011 Runner’s World and I’ve wanted to go there ever since (it also happened to be the first Runner’s World I ever bought!). 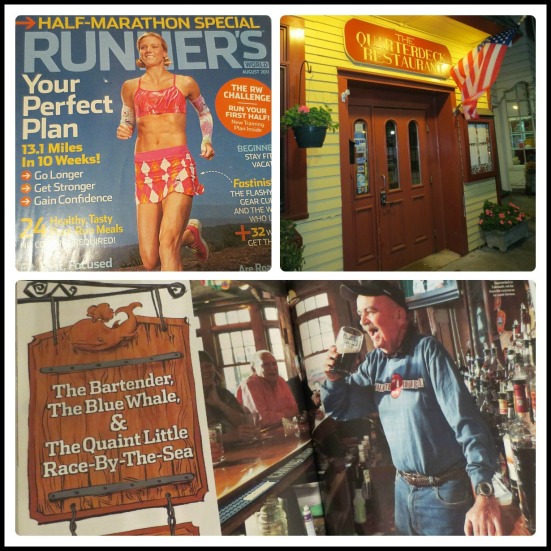 Quarterdeck is a wonderfully quaint New England bar and I just loved it!  The entire interior was made from salvaged wood from a boatyard and it has a gorgeous stained glass window from an old church.  The food was exactly what you would imagine…thick clam chowda’ and all the seafood you can imagine!

The Falmouth Road Race is another one on my bucket list.  Entry is through a lottery system and if you don’t get in one year you are guaranteed entry for the next year…so, since I didn’t get in for 2012 looks like 2013 will be my year!

Recently I’ve been craving a change of scenery for my long runs, so I was more than happy to be up on Cape Cod when my training plan called for 15 miles this weekend!  My favorite part was “discovering” Waquoit Bay National Estuarine Research Reserve right at my halfway point…I actually ended up taking about a 10 minute “break” as I walked around exploring and taking pictures: 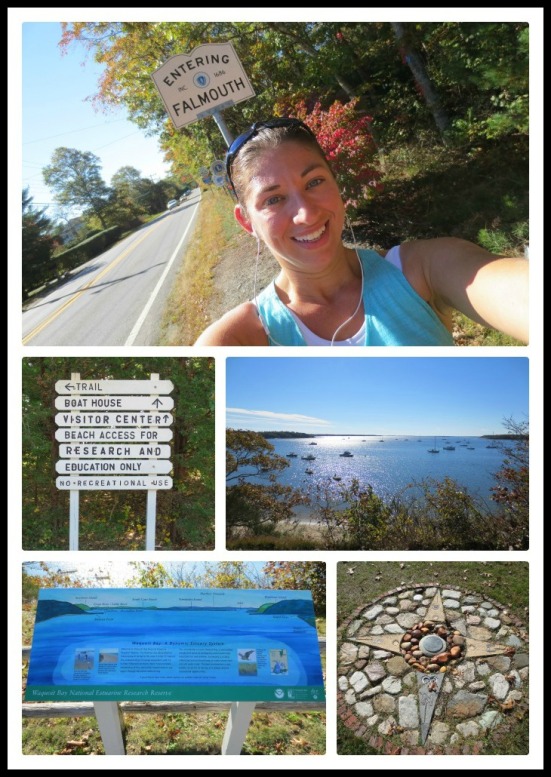 Well, there you have it!  My Runner’s Weekend on Cape Cod!  Hoping to be able to make another trip up this fall!

One thought on “A Runner’s Weekend on Cape Cod”