By the time you’re reading this I’m probably on a flight on my way out to California!  It was a bit hectic packing to be ready to go while also trying to pack to move, so I wouldn’t be surprised if I managed to forget something important, but let’s hope not!

I also didn’t end up having time to come up with a fun reveal photo/post for this costume like I’ve done in the past (I love making my costume reveals fun!), but I still want to share what I’ll be wearing for the 10k so that if you see me you can come and say hello!  (That’s how I met Scott in January, he recognized my costume!)

My first costume was a year ago for the Disneyland 10k and I revealed it with a fun Lightning McQueen and Mater tractor tipping photo shoot!

And for the actual race we had a big group of cars (and cones!): 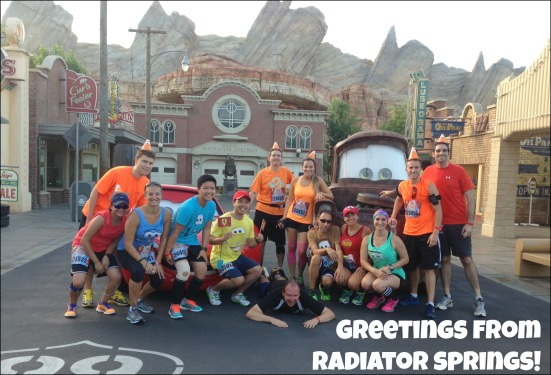 My next costume for the Walt Disney World Marathon Weekend 10k was also a group effort and I broke the news with an article about a group of Newsies Running Around The “World” (Disney World of course!): 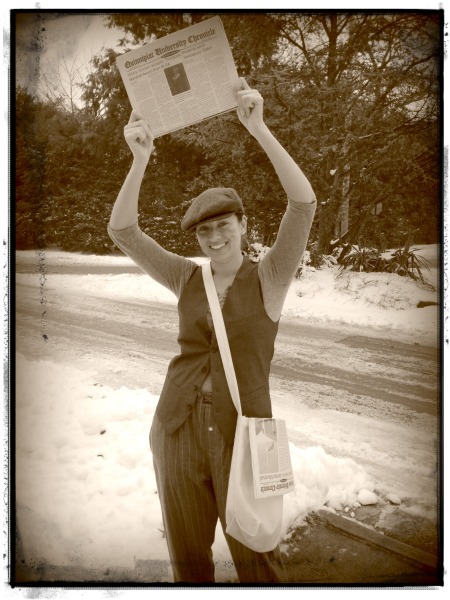 Our group successfully completed the 10k (and sweat all over Epcot in the process!). 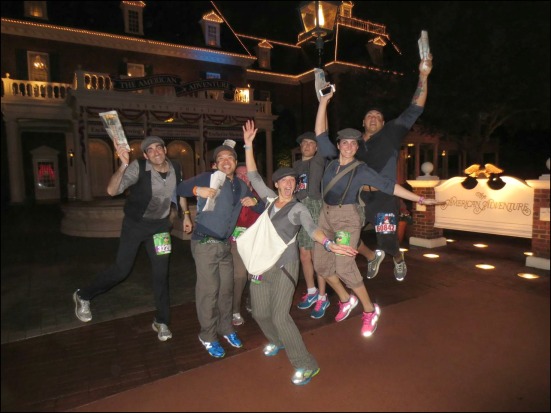 So, now for the uneventful reveal of my 2014 Disneyland 10k costume (with a cameo by Madison!)… 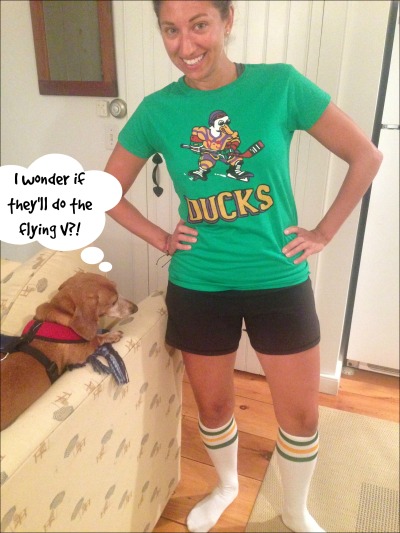 Yup, Jason and I will be running through Anaheim representing the Mighty Ducks so keep an eye out for our bright green shirts, knee high socks and inflatable hockey sticks!  (And probably some MAJOR sweat!)

Hope to see you there!

How do you choose your race costume???

(I do my best to come up with costumes I’ve never seen at a race before!)