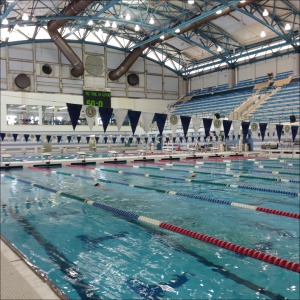 …and the usual running.

You’re all smart…let’s do the math:

One month from today I will be doing my first sprint triathlon!

I’m registered for a sprint triathlon series on Cape Cod with the first race in June, the second in July and the last one in September.  I’m definitely a little nervous, but excited that I finally bit the bullet and registered since I’ve had my eye on these races for about 2 years now and just never quite got up the courage to do it.

Luckily I even managed to convince a friend (also a triathlon rookie!) to register with me so I’m not alone on this one!

With a month to go I’m not quite as ready as I would like to be at this point, but I’m eager for the race and plan on really using this first one as more of a learning experience.

I know several of you have done triathlons before so I’m hoping you can share any tips/ advice you have with me!

Here’s where I stand as far as the three sports right now:

As a former diver and lifeguard I wasn’t too concerned about the swim portion of the triathlon.  I’m comfortable in the water and know how to swim properly, it was just a matter of getting back in a pool and working on my endurance.

I’ve been swimming about 1-2 times a week, but unfortunately missed over 2 weeks when I was dealing with my neck/ shoulder spasms because there was just no way I could stroke properly with my right arm or turn my head enough to either side to breathe.  I’m still not quite where I’d like to be for the swim portion, but I’m confident I can at least complete the distance.

The bike portion is honestly the part I am most nervous about.  Of course I can ride a bike, but I really don’t much since I hate the idea of biking on the roads (with cars!  They’re scarier than sharks!) and I don’t really have any experience being on a bike around lots of other people on bikes.  I have a hybrid bike which is not ideal for a triathlon, but until I know whether I love the sport or not I’m trying not to spend any more money than I need to, so hybrid it is!

Most of my riding in the past 2 months has been on a stationary bike, but now that it’s finally nice out I plan on taking my real bike out as much as possible the next few weeks to get as comfortable as I can before the first race!

I think I got this part.  Hopefully.

So I know ideally triathletes wear a triathlon suit or kit so that you can wear the same thing from start to finish, one outfit that works for all 3 sports.  Going back to my not wanting to spend money on triathlon specific stuff in case I end up hating this, I’d rather not invest in a triathlon suit, but rather was thinking of something like this tankini top and swim capris from Athleta since they’re something I’d definitely get more use out of:

Alright experienced triathletes, you’re up again – what do you think?? Would an outfit like this work for a sprint triathlon??

I’m definitely excited and a little nervous, but like I said, for this first one I’m looking at it 100% as a learning experience.  If it goes well I’ll hope to focus on my time a bit more for the second race!

Have you done a triathlon?

**SHARK NOTE:  The shark part above is mostly in jest, fortunately the great white sharks of Cape Cod haven’t been spotted near where this event is taking place.  That being said, you can bet if something brushes up against me and I can’t see what it is I will most certainly freak out!**