Because Jason works in professional hockey (and I used to) the only time we can really take vacations together is over the summer.  All year long we look forward to those glorious few weeks we get to spend up on Cape Cod! 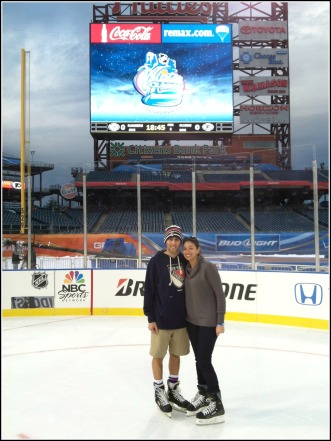 …but every 4 years there is an exception to the rule.

Two weeks right smack in the middle of hockey season where we can leave behind any ice that’s not keeping our drinks cold. Where we don’t have to give a puck (like how I did that??) about practice days, travel schedules and hockey equipment.

Two weeks when we can get our butts out of the cold and on to a beach in FEBRUARY!  Did you hear that?!?  A VACATION IN FEBRUARY!

Two GLORIOUS weeks we look forward to once every FOUR years.  Two weeks you may know better as…THE WINTER OLYMPICS!

Yup, every four years the NHL hits pause on their season and sends their best and brightest to represent their home countries in Olympics Games!

So, where are we off to for our “put hockey on ice” once every four years winter vacation??!

Well, we debated Aruba…we LOVE Aruba…we did get married there after all… 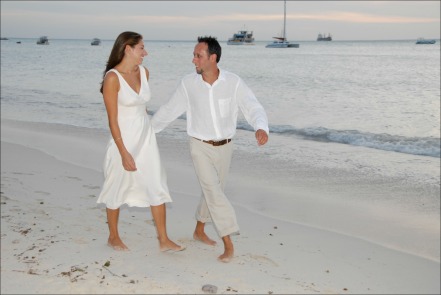 …but being the procrastinators that we are we didn’t actually go to book anything until about 2 weeks ago (I mean HELLO, we’ve only known this was coming for FOUR YEARS!!!) and by then all the hotels we were interested in were either booked or insanely expensive!

And without further ado, I present Winter Olympics Vacation 2014 CHOICE B…

Posing with a Disney Cruise Line bus
during the 2014 WDW Half Marathon!

Yes, in just 16 days the NHL will break, hockey players will trade cold New York for cold(er?) Russia and Jason and I will flock south for 4 nights on the Disney Dream stopping at Nassau and Castaway Cay followed by 2 nights at Walt Disney World!

As I mentioned Jason’s really never been interested in going on a cruise (he’s never been on one before), but now that we’ve started planning I think he’s getting a bit more excited about the whole thing (or maybe he’s just excited about not standing on ice all day…).

I’ve been on cruises, but not in years and never on a Disney cruise!

So, I’d love any advice, tips, tricks or suggestions from those of you that have!

Oh, and that reminds me, there’s one more race I’ll be doing this year that I left off my What’s Next: Running Edition post yesterday – the Castaway Cay 5k!

Have you ever been on a Disney Cruise??

And is it too early to start packing?!?

**P.S. – I’d like to take this opportunity to thank the NHL powers that be for allowing the NHL players to participate in the Winter Olympics again and allowing Jason and I to take our once every four years “get out of the cold during hockey season” vacation!**

33 thoughts on “What’s Next: Vacation Edition”