This year will be my 3rd Thanksgiving as a “runner” and while I’m pretty sure I’ve gone out for a “pre-stuff-my-face-run” the past 2 years, I’ve never officially “Turkey Trotted” or “Gobble Galloped” or taken part in an organized Thanksgiving Day race.

This year I’ll be joining 15,000 others at the Manchester Road Race in Manchester, Connecticut!

The 4.748 mile race starts at 10am and from what I hear it draws quite a crowd of spectators as well as some enthusiastic runners (there’s even a costume contest!).  I’m sure you’re wondering why the heck it’s a 4.748 mile race.  I HAVE NO IDEA.  As much as I’ve tried I can not find any information on the random distance.  My only guess is because it’s a loop course and that’s just the way it worked out!

This race works out great since we spend Thanksgiving in Connecticut with my mom’s family and it’s also kinda of fun because my husband grew up in Manchester!  (Not that he’ll be there…he’ll be traveling for work …over Thanksgiving.  EVERY. YEAR.  Ugh.)

The Manchester Road Race is in its 77th year and has an incredible history. (It began in 1927, but took an 11 year break during the Great Depression and World War II.)  The race draws quite a group of elite runners and has been covered in Runner’s World magazine most notably as the race that Connecticut native Amby Burfoot completed 50 years in a row (this year will be his 51st!).  Burfoot, who won the race 9 times, also won the Boston Marathon in 1968 and after his running career he became a journalist and editor-in-chief at Runner’s World.

I finally decided to run this year when I saw that someone I know through the runDisney races (Hi Pam!) is going to be running  – with over 15,000 people I figured it would be fun to have a familiar face to hangout with before the start, so I went ahead and registered just last week!

I registered online, and check this out – just 3 days later my bib magically appeared in the mail!  No expo, no lines.  Love it!  Registration was only $25/$30 depending on when you registered and you could purchase either a long or short sleeve shirt separately if you wanted.  I ordered this one which should be arriving in the mail any day! 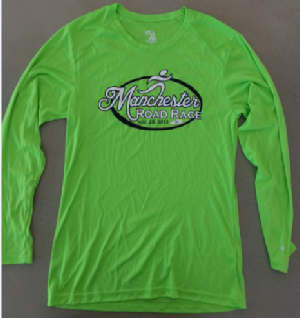 I’m really looking forward to checking out this race!

What are your Thanksgiving running plans?

Turkey Trot? Run on your own? Or take a day off?

14 thoughts on “A Thanksgiving Race”