If you’ve been hanging around Live, Run, Grow for awhile you may know that I’m currently in school.  Not I’m under 21, doing college for the first time kinda school, or even the I have a great career and am just furthering my education kinda school, more like I’m in my early 30’s and left a field I’ve worked in for almost 10 years but didn’t really love to pretty much do a complete 180 kinda school.

I’m in the process of taking all of the pre-requisite classes I need to apply to Physical Therapy Doctorate programs (I used to do marketing/ event production.  See, total 180.)

I’ve been meaning to write an update on my progress with my 5 Year Plan, but I keep procrastinating (which I am really good at, just ask my husband) because I don’t really feel like I’ve gotten anywhere and to be honest the entire process has been very frustrating to the point that last week I had a complete meltdown (not an exaggeration…again I’ll refer you to my husband who experienced said meltdown) and declared that I was done.

First, I spoke to an admissions person at a school I am interested in and she was very discouraging telling me that chances of getting into a program to start summer/ fall of 2014 (which I was planning on) were slim since I’d still be finishing my pre-requisites this spring and many other applicants would have them done already.  Of course those applicants would most likely be given priority and since programs only begin once a year there is a good chance I won’t get in to a program until summer/ fall of 2015 – an entire year later than I was hoping.

Then this semester started and just two weeks in I was already overwhelmed and convinced I couldn’t handle it and of course that deteriorated into if I can’t handle the pre-requisites how on earth am I going to handle doctorate classes?!?

This semester I’m taking Psychology, Anatomy, Chemistry and Physics.  A LOT of science.  Science doesn’t scare me, I actually kinda like it.

Now math on the other hand, math scares me.

I was never good at math, and on top of that I haven’t actually taken a math class in over 12 years!  (And in case you’re wondering the need for higher level math doesn’t exactly come up very often in the event production world.  Although now that I think about it there was that one time I needed to look up the formula to figure out circumference when I needed to get oversized human pucks wrapped…)

See those human pucks?
I did the math to get those wraps made for them! Go me!

“But Danielle, you’re not taking math!”

No, you’re right, I’m not.  But both my chemistry and physics classes are so math intensive I sure as heck may as well be!  (And as an added bonus I’m lucky enough to have the physics teacher who makes you feel like a complete idiot if you ask a simple math question. Awesome.)

Within the first couple of chemistry and physics classes I was so lost and overwhelmed I was ready to just give up and call it quits and start looking for a job back in events.

I cried and stressed and flipped out for the better part of a week and here is the conclusion I’ve come to: this semester is paid for and it’s too late to get a refund on the classes so what can it hurt to do my best and see what happens.  If it doesn’t work out, it doesn’t work out.

This quote I posted a few months ago seems quite appropriate.

Lucky for me, I have incredible support from people around me…

My parents – my dad even whipped out his old physics books to help! 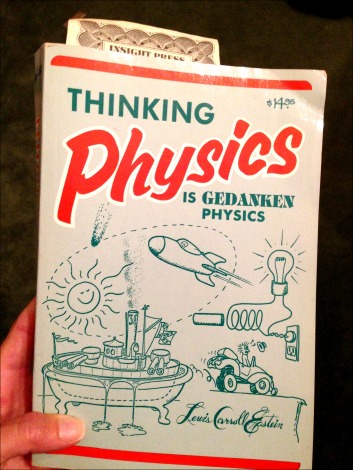 Hopefully physics hasn’t changed too much since this was published!

Friends – “Pacer Pat” who helped me get to a sub-2 hour half marathon returned to help me again, this time with physics homework (which he apparently finds fun?!).

And of course, my husband Jason, who reminded me of another of my infamous meltdowns when I was training for my first full marathon and my 20 mile run was a complete disaster.  I called him and proclaimed I was done, clearly running a marathon is not something I could do (sound familiar?).  He encouraged me not to give up, and I did keep going and I did run a marathon (and then another and 2 more this fall!).

After my 1st marathon with my #1 cheerleader!
(he flew to Florida for less than 24 hours to be there!)

So, while I don’t know what is going to happen in the future with this 5 Year Plan and my goal of become a physical therapist, what I do know is that today is not the day I’m going to give up.  (No guarantees about next week after my chemistry and physics tests though.)

And as for not getting into a school this year because I’m behind other applicants?

Well, I guess we’ll cross that bridge when (if?) we get there. 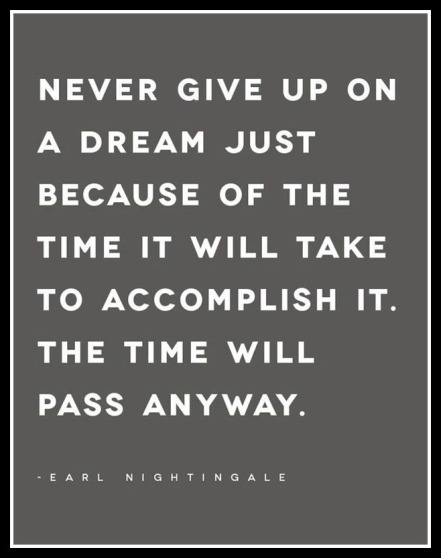 29 thoughts on “The 5 Year Plan: Frustrations”