As you may know, a few months ago I was invited to be an ambassador for the Zooma Cape Cod race.

At the time I was living in New York and just really loved the Cape and the time we spent there each summer – being an ambassador for this race just seemed like the perfect fit for me!  Little did I know by the time race day rolled around that I’d actually be living on the Cape and I have to say it made it that much more special to me that this was now a “local” race for me!

Friday night I went straight from work to the Sea Crest Beach Hotel for the Expo & Honest Tea Mocktail Party.  The expo was small but well organized and I quickly picked up my race bib and goodies (unfortunately they had run out of medium t-shirts so I went with a small which is a bit more snug than I’d usually go with, but still fits). 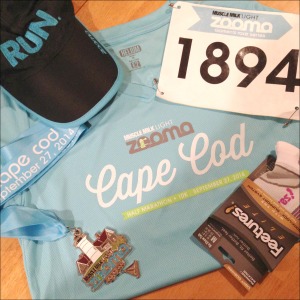 I had some time before the Mocktail Party, so I headed down to the beach to watch the sunset before I met up with the other race ambassadors. 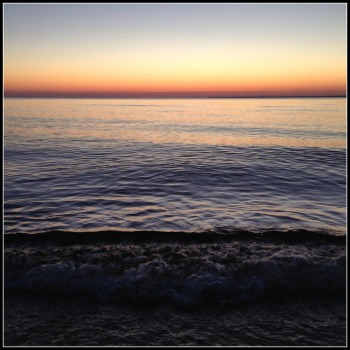 It was nice to finally meet everyone (and great to meet a few more local Cape Cod runners!).  We hung out for about an hour and before leaving that night we agreed to all meet the next morning before the race so we could get some group pictures!

I arrived back at the Sea Crest Hotel bright and early Saturday morning and was excited to see the start/ finish line literally right in front of the hotel! 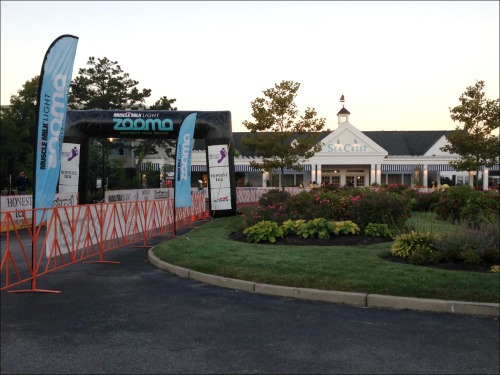 The race had an interesting small/local, but professionally produced feel to it that was really nice!

I arrived an hour before the race start and had more than enough time to meet up with the other ambassadors and hang out for awhile and then drop off my bag at the gear check before walking right into the start for some pre-race pictures!

The 10k runners lined up and started first and we were off just a few minutes after!

Now is probably a good time to discuss what my plan was for this race, and that is that there really wasn’t a plan.

I have a whole separate post coming up about this, but I’m finding I’ve gotten into a bad/ lazy habit of not really planning and preparing well for half marathons – especially when I’m in the middle of training for a full marathon, I get into this, “oh, it’s just a half” mentality.

Well, more on this later, but “just a half” is still 13.1 miles and I really need to remember that!

Since I am in the middle of training for a full marathon, I’ve been focusing on distance more than speed, so honestly a PR for this race was no where in my mind.  Sub-2 hours would be great, but with my recent training I didn’t really expect it, I would have been happy just keeping the pace around 9:15-9:30.

I started out with a few of the other ambassadors knowing they were planning on running a little faster than I was, so I figured I’d probably quickly drop back.

I was running with Dani, Jessica and Nancy and to my surprise I was keeping up with their 8:30 pace (which is definitely faster than I had any business running!).

It was nice to have others to chat with and the views were gorgeous! 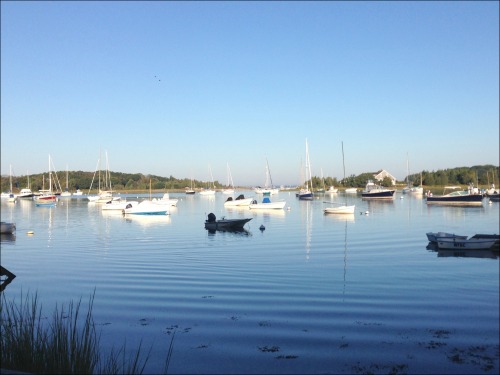 As I watched the pace slowly creep up on my watch I began to think through everything I had done wrong that day:

Rather than sharing the blow-by-blow of my epic downfall over the last 7 miles, I’ll give you the abbreviated version.

Had I been running a 10k I would have run a strong and fast (for me!) race and would have finished with an 8:30 pace.

However, this was not a 10k and over the second half of this race the heat and hills and turns increased and my pace decreased.

This was one of the most frustrating second halves of a race I’ve ever run.  I typically pride myself on running a strong second half and almost always run negative splits.  I spent the entire second half of this race thinking about everything I had done wrong and how had I only gone out a little slower…or only eaten a little more for breakfast…or brought fuel with me…that I’d be running my way to a PR.

Instead I continually slowed down and at one point, with less than a mile left – and maybe even a small chance of still PRing – I stopped and walked.  I was totally defeated.

I know this is going to sound sort of crazy, but I knew if I really pushed hard that last mile I maybe could PR, but for some reason I almost didn’t want to.

By this point I felt pretty terrible and I didn’t want to push myself that hard to maybe (or maybe not) PR by just a few seconds.

For some reason a PR after basically crashing and burning wouldn’t have really felt right, so that day it was good enough for me to know that had I paced and fueled myself better that I could PR and I’d rather try again for a strong race sometime this fall.

I got my awesome lighthouse medal and met up with the girls that I had been running with – they had finished about a minute before me!

We headed down to the post-race party on the beach which I have to say was pretty awesome! 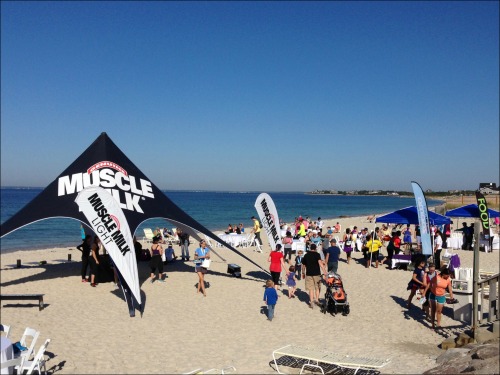 There was food and wine, massages, yoga, an area with foam rollers and all of the expo vendors were set up!

Best of all, it felt amazing to peel off my socks and sneakers and get my feet in the water! 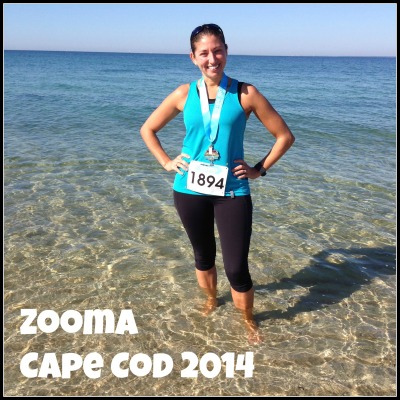 Unfortunately I couldn’t stay too long at the after party since I had to jump in my car and drive three hours to go to my cousin’s wedding that night! 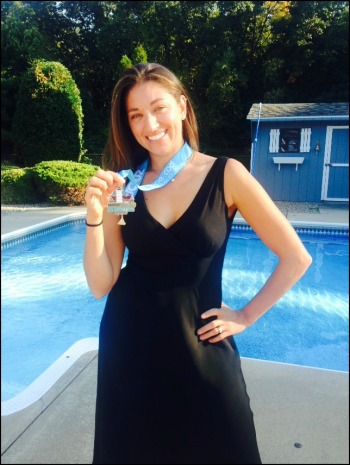 Despite my personal disaster of a run, I really did love this race!  Zooma certainly puts on a great event and I’m already looking forward to getting my redemption on this course next year!  (And I’d love to make it a fun girls weekend if anyone wants to join me!)

Have you ever had a race totally fall apart?

How did you recover and keep going?

**Disclosure: As a Zooma Cape Cod Ambassador I was given a complimentary entry into the half marathon as well as the opportunity to try out some products from their event sponsors, however I was under no obligation to give the event a positive review!**